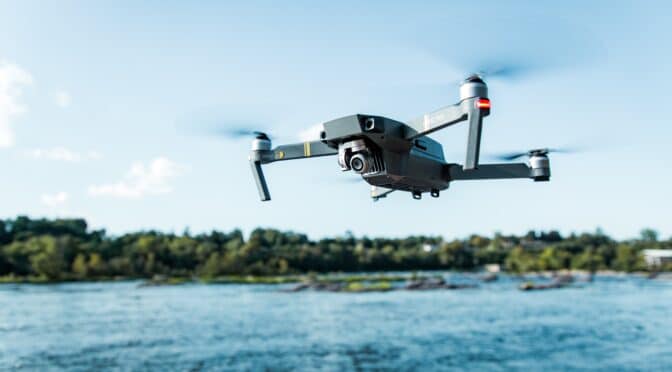 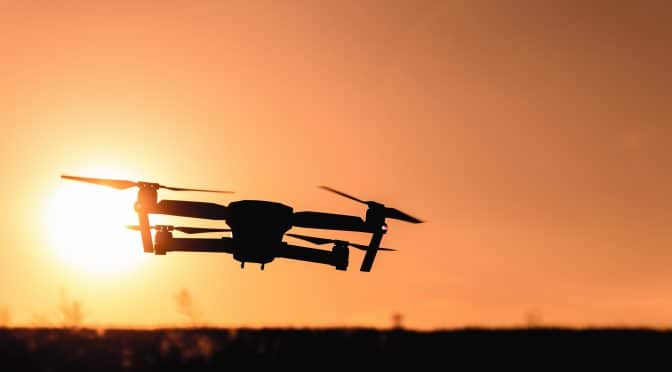 Drones are a technology which have been gaining a lot of traction in the media over the past few years, for good and bad reasons. There is a lot of controversy around drone use, and as they become cheaper and cheaper and more commercially available, so too do they become more of an intrigue from people around the globe. As well as personal uses, there are many infrastructure and business uses for drones, and it looks as if there are going to be many more in the future too. In this article, we are going to discuss some of the uses of drones which we can expect to see some time soon, which might well change many aspects about our world overnight.

In some places, companies like Amazon have already started using drone to deliver goods to people’s’ homes and places of work. The main benefit of this is, of course, the incredible speed of delivery, and what they are hoping for is that one day soon they will be able to have one day delivery on almost all items, or at least smaller items which you might have delivered. This is certainly exciting, although many people are worried about the prospect of Amazon drones flying around everywhere. In order to get to grips with some of the concerns, take a look at this article on what you need to know about flying drones: you will see that there are many considerations that need to be considered.

In many respects, the army is already using drones, and has been for longer than we have known about them commercially. But increasingly, they are using smaller lightweight drones to enforce our home security, and that is a relatively recent trend which is nonetheless going to continue in an upward trajectory for sure. Defending airports is a good example, and these days one of the main things that they are defending against is other drones. This kind of usage of drones is clearly very important, and it’s already the case that when you catch a plane you are being defended by drones without knowing it.

While some events are already being photographed with the use of drones, again this is something that we can hope to develop more in the future, and it is likely that such technology will get better. Part of this will mean that the drones can get further away without breaking out, and that will encourage us to be able to find footage of far out places which would otherwise have been unreachable. This is not just exciting from a photography viewpoint, but also from a scientific discovery one. Who knows what kinds of things we might uncover just by making use of some great drone technology.

However we use them, one thing is for certain: drones are going to continue to be an important part of our lives, probably increasingly so. 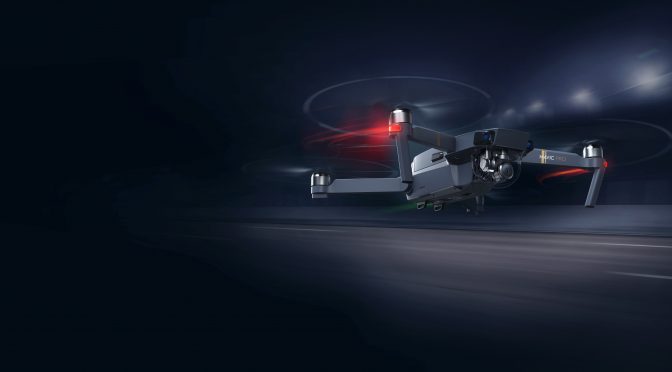 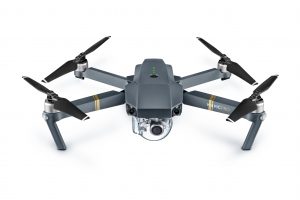 I have been flying drones for the last 18 months, specifically DJI drones. It’s no secret that DJI have cornered the drone market from beginner to corporate use. From simply aerial photography to flying cell towers, DJI seem to have it all.

As part of our recent Gadget Man Road Trip from Ness Point to Ardnamurchan, we took along a DJI Mavic Pro and Osmo+, in this review I’m going to be talking about the Mavic Pro.

The first thing you notice immediately upon taking the drone out of it’s box is that it is absolutely tiny! The rotor blades and arms all fold very neatly into themselves, giving it the appearance of a sleeping bat. Nature has almost always proved to be the most efficient designer and it seems that DJI has taken quite many queues when designing the folding mechanism. Having the Mavic fold so gracefully means that it doesn’t take up a great deal of space and setting up is very quick, there’s no need to fixing rotor blades as they come fixed to the craft, so looking for that photographic moment is generally not lost as box to air time is very quick. 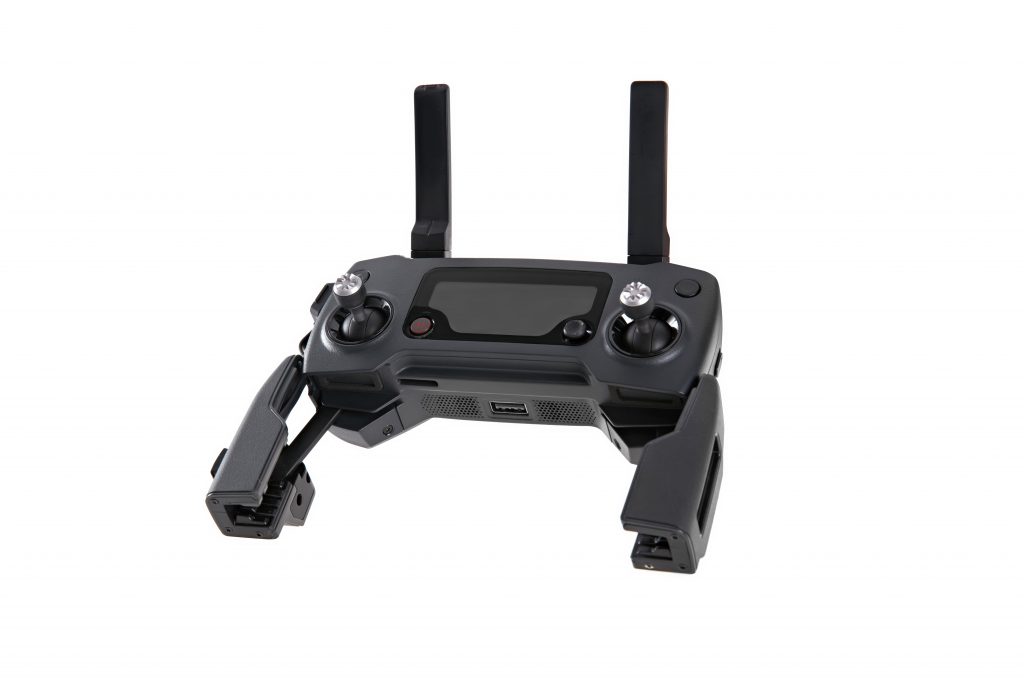 The drone is flown using a very neat controller that connects to your mobile device using USB. Aside from using the phone, the controller also displays important information on a LED display which makes read information in bright sunlight very easy. Operation of the drone is achieved via DJI’s own DJI Go4 software or using 3rd parties such as Litchi. It was supremely simple to operate the drone and its incredible stability gives you a very confident edge when flying.

DJI have placed the 4k camera and sensor at the front of the aircraft, doing away with the underslung designs preceding it. By doing this means that even quick acceleration doesn’t cause the rotors to obscure the display which is an all to common problem with most drones. The camera has a clear plastic dome which is easily removed to allow for clearer footage with less glare. The quality of the footage is jaw dropping! We weren’t massively lucky with the weather especially in Scotland, but we were still able to produce some amazing footage all the same, even in grey skies. 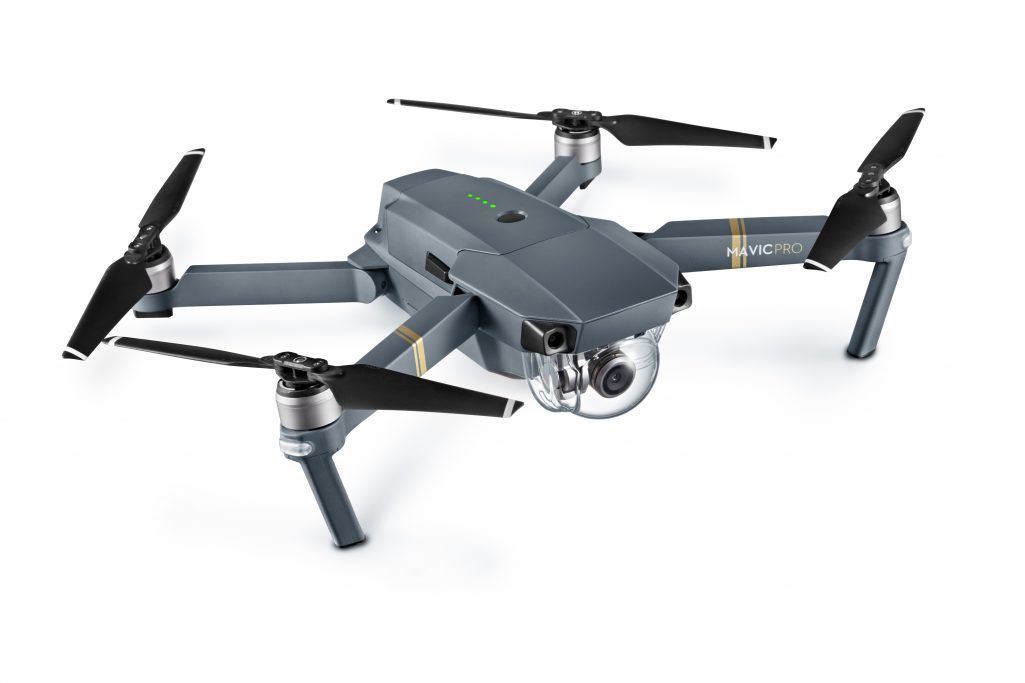 The Mavic can take still 12MP photos as well as video and can also be controlled by gestures and there is also a Wi-Fi mode with less features.

Stability wise, the Mavic Pro is awesome. As well as GPS and Glonass stabilisation, the drone also uses down facing stabilisation using additional cameras. By referencing the ground, the drone can hover almost stock-still in the sky, it’s quite unnerving to see. It also packs collision avoidance cameras too which is great when flying near to trees.

Flight times are excellent being more than 25 minutes and the drone is noticeably quieter than other aircraft I have used. Sport mode gives even greater performance and allows you to swoop around the sky with easer.

DJI have included their Geofencing software or NFZ (No fly zone) features on the drone which avoid it being flown in areas that are either illegal or dangerous such as near to airports or stadiums. This is a great inclusion which hopefully will help drones to gain a better reputation in the UK press.

Good drones don’t come cheap and DJI have positioned the Mavic Pro in the higher price bracket, however you are getting an exceedingly good aircraft for the money. I tested the ‘Combo Kit’ which comes with drone, 2 batteries, car charger, 3pin charger, controller, 16GB MicroSD and leather carry case, this comes in at around £1200, however there are deals without the added extras which bring the price under £950. 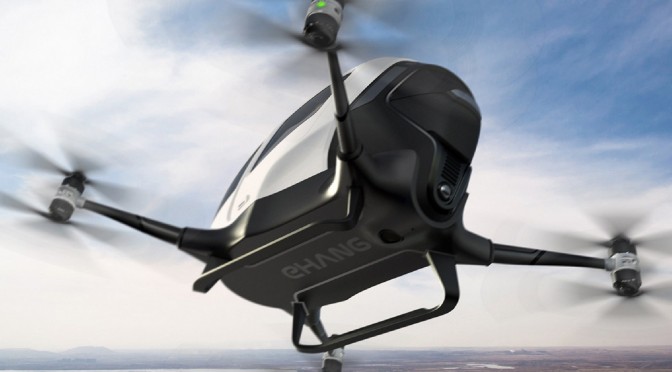 Drones are never far from the news at the moment and with the CES (Consumer Electronics Show) currently in progress in Law Vegas, there has already been  some big announcements in this area.

But none quite so big as the EHANG 184 Autonomous Flying Vehicle. Stay tuned for more CES announcements. You can watch the official video below for more about the EHANG 184 and it’s founders ideology of safe aerial transportation.