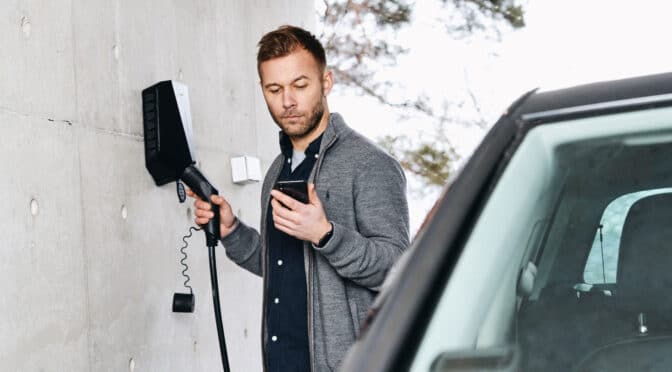 Easee, the company behind ‘the world’s smartest EV Charging Robot’, has launched the Easee One. The new domestic smart charger has been designed specifically for the needs of homeowners, with an eye on both the present and the future.

The Easee One is optimised for the UK domestic power supply and enables up to three chargers to be used on a single connection. Homeowners can install their first charger knowing that adding more charge points in the future is quick and easy. If two or more Easee One chargers are in use, they communicate to ensure vehicles are charged evenly and safely.

Effie Vraka, Country Director UK at Easee, said: “We want to make it as easy as possible for UK homeowners to choose and install a future proof EV charger. Over 25 million households in the UK own two or more cars, and in the future these will all be electric. We’ve designed a smart home charger that can be easily expanded to allow simultaneous charging of up to three cars. With the Easee One, you don’t need to worry about technical features, compatibility, or regularly updating your software. It’s all taken care of for you. You can simply plug, charge and go, or if you want more control, you can use the Easee App.”

The Easee One is 69% smaller than other comparable solutions and weighs just 1.4kg. Easee estimates that every Easee One charger produced saves around 4kg of plastic and copper, helping to conserve the planet’s resources.

Easee’s EV charging solution has already won a prestigious red Dot design award for its combination of ‘intelligent technology with a high degree of functional quality in a pared-back, premium product.’

“The Easee One is all about reliability, simplicity and style,” says Effie Vraka. “It’s built to withstand harsh weather conditions, looks great on your driveway, and is really easy to use. The only decision home-owners have to make is what colour they like.”

The Easee One charger is compatible with all EV models, has built in mobile, WiFi connectivity and Global System for Mobile Communication, and it also automatically updates itself with the latest features. Early adopters will receive free mobile internet connectivity for the life of the product. Easee One comes with a 3-year warranty and is widely available through competent installers.

To find out more about Easee One or book an install, visit Easee.co.uk 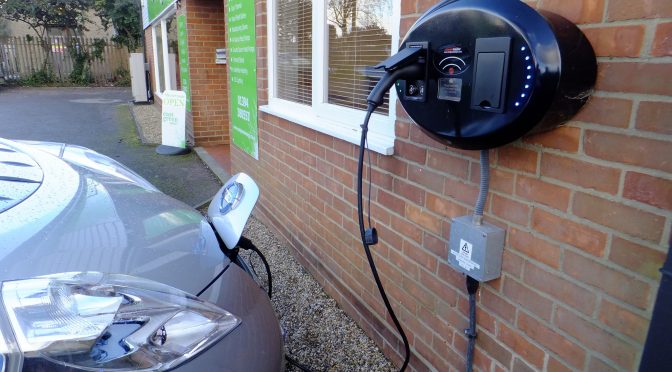