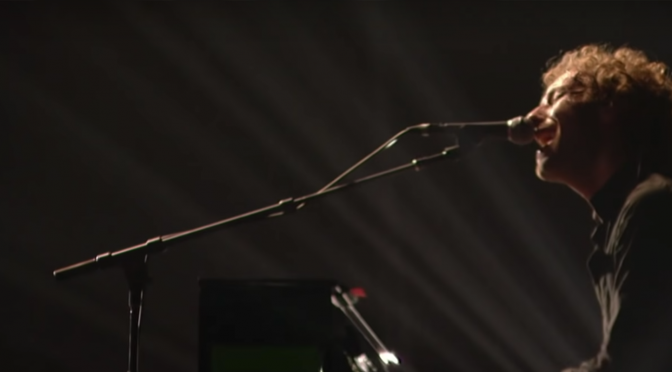 “I think that there are great ideas which sometimes are rolled out by the wrong people.”

This morning was the third of my Mix Tape tracks played by James Hazell on BBC Radio Suffolk. I’ve attached the YouTube playlist again below which will play the interview followed by the track.

This is a track which I find I go to when I need to wind down and relax. It’s great reflection music, good to chill out to.

Transcript of the interview follows.

James Hazell: The mixtape. All this week featuring Matt Porter of Matt Porter Web Design our gadget guy, who regularly is on the show talking about technology and the like. We spoke yesterday about, cars and autonomous vehicles and, and changes in our attitude to technology. Matt. It’s everything. Is every advance in technology, in your perspective being a welcome and violence?

Are there routes that we’ve gone down that have not sat come to me with you?

Matt Porter: It’s a very interesting question. Rarely. Yeah, sure. I think that,

James Hazell: right. Obviously medical technology is always to be applauded and you know, any technology, I guess that makes our lives easier. I just don’t know if it’s all been..,

..in the right direction.

Matt Porter: I think that there are great ideas which sometimes are rolled out by the wrong people.

Matt Porter: They don’t necessarily understand what the implications of fact technology is or the decisions about which equipment to use may not have been made for the. Right reasons, rather than our thought maybe a financial reason.

So you might not be getting the best results that you could be because of their strengths of budgets and other things. So

James Hazell: You think of the gaming, which is massive in this country, in many countries in the world, the gaming profession, which it is. but many people are now citing that. As the reason behind obesity in children not getting exercise and daylight and friendships.

Would that be an example of where technology has let us down a bit?

Matt Porter: I think so. I think one of the things that. Many of us would agree with that, although they’re all seem to be a double edge sword to everything and smartphone technology, mobile smart technology is an amazing invention. However, the, negativity, negative sides of, there are so many people becoming so antisocial through something that’s meant to make you.

So it’s almost as if you’ve channelled your…

James Hazell: Towards bringing out personal something in us rather than the technology itself

Matt Porter:  into something and like, yeah, so you’re sitting there with a phone stuck against your face, ignoring people whilst talking to somebody else who’s a hundred miles away or a thousand miles away, and it’s actually caused this seems to have caused people to become less social.

People are less happy to pick a phone up and speak to you. They’d rather message you, or they’d rather send a, a text message. And I did actually watch it. It was a  documentary or a piece of a news piece about, the traditional telephone effect that people aren’t using plugged in landline, no, no phones anymore.

And they interviewed people and, and people were, people were saying, well, actually making phone calls makes me anxious, so I’d draw this and now what happened there? You know where I think it

James Hazell: Probably always has. Some people just don’t like going on the telephone and do the button. So if there’s, and I don’t suppose there ever was a real alternative, so they had to do it.

Matt Porter: I think that now there is that telephones are fantastic. Voice communication is fantastic, that you don’t have to have this tech tennis match of emails and texts me example conversation. You can hear somebody how they actually mean something. You don’t have to look at it and try and read into what they’re saying.

James Hazell: Arguments in the workplace are caused by, so, you know, text, not conveying a smile.

James Hazell: Yeah. Okay. When you see documentaries about the future and obviously into Sci-Fi stuff, there’s always a dystopian kind of future that we seem to be headed for. Because we become slaves to technology.

Matt Porter: Actually without it, we stop

James Hazell: Functioning as a, as a species?

Matt Porter: I mean, you

James Hazell: Could argue that

Matt Porter: That day is already around you. I was going to say, I think that we, I think we might’ve even passed that tipping point now where we become so reliant on, on this technology that we would struggle

James Hazell: to without,

Matt Porter: without it, that a dangerous place to be.

I think it probably, yes, I think he is. I think

James Hazell: That one CME from the sun, all the power goes off and we’re back to the stone age. Well, that’s very

Whereas, you know, there was a time when there were power stations running specifically to back up the electricity on the railway and the underground systems in London and things like that. Purely for that reason, that reason. and we had a situation where people just suddenly didn’t know what to do.

And the first. The alternative they had was to be angry and upset and stamp their feet and say, why am I late home now? This is not on. Well, it’s what would happen if there was a, an outage which wasn’t quite as easily read. It didn’t have such an easy remedy as, yeah, it’s a failure in some, protects, it was a test that went wrong and shunned down.

So, yeah. How would people cope without these things? I think we would struggle. I guess

James Hazell: We are the last generation who can remember life before the internet.

Matt Porter: Yeah. So we could

James Hazell: Probably just about, you know, go back to our child. I think, well when we were child children, this is what we did.

James Hazell: But children now have no idea of life without the internet.

And it just worries me that they’re not such suggesting for one moment that it will ever all go off. But you don’t know. You know, that could be a major, massive fault one day, and all of a sudden. It’s off for a week and you wonder how people are going to cope.

Matt Porter: I always, always think of the Truman show.

Yeah. The film, the Truman show where if anyone hasn’t seen it, where it’s like a giant, almost like a world, a town-sized, version of big brother really isn’t aware whereas someone’s born and grown up in a, in a reality show and doesn’t know they’re in that reality show. But has, I, I think.

Feeling they might be. but the thing that always made me chuckle is at the end of that,  then effectively, it finishes and that’s the end of the show. They switch it off and everybody just carried back to something else. Went back to their normal lot. Alex

James Hazell: Is on the telly. Yeah, exactly. Oh, right. A song choice for this Wednesday.

Matt Coldplay. What if for what reason?

Matt Porter: This is, Interesting one, because I used to take our children to nursery when they were younger, and one day, I particularly liked the album that this distracts on. but I remember dropping them off one day. My wife taking them in and I was standing outside the car and it was quite a sunny day and the doors were open on the car, and then this came on and it kind of grew.

Echoed around the street where we were parking, but it was kind of quite a nice, it was a lovely, lovely song. and this particular verse in that, in this song, which is really thought-provoking, you know, it, it’s one of those songs where you could read into your, something out. You could put something out of your, something that’s happened to you in your life, and maybe draw it out of this song.

I think it kind of encompasses everything. And my son James has a sleep disorder. bless him, terrible trouble getting him to sleep since he was born and he’s nearly 10. We used to have sleepless nights over and over again. And one of them, if I look at my playlists on, on my phone, I, it shows which track has been played the most.

We used to play music, all kinds of music, but this one, this one’s just this one has been played about 796 times or something to him. it’s a great track. Yeah. “What if?” by Coldplay? Brilliant. Yeah.