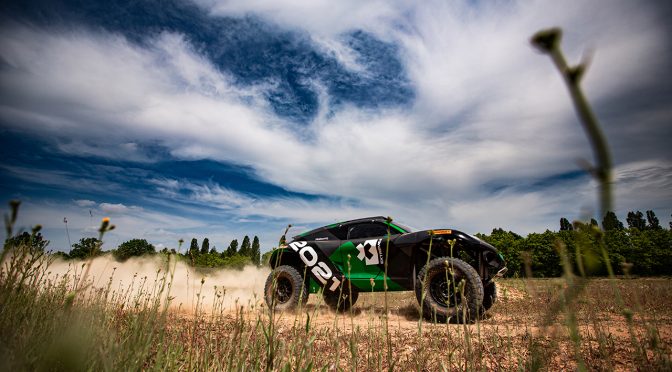 So what has been happening in the Electric Car market over the past couple of years?

Well, since my slew of Electric and Hybrid car reviews a couple of years back and our mega-exciting East-West Road Trip in the Tesla Model S 100D, we’ve been quiet on that front.  The absolute opposite of what has been happening in the EV marketplace.

I spoke to Graham on BBC Radio Suffolk about what’s happening with regard to charge points and speed of charging, you can listen in to the audio stream above to find out more.

However, something super-exciting is happening in motorsport. Now that Formula-E fully electric car racing has established itself, it’s now time to turn up the power even more and with a new sport created by the father of Formula-E.

Extreme E is a radical new racing series, which will see electric SUVs competing in extreme environments around the world which have already been damaged or affected by climate and environmental issues. The five-race global voyage highlights the impact of climate change and human interference in some of the world’s most fragile ecosystems and promotes the adoption of electric vehicles to help preserve the environment and protect the planet.

Extreme E is operated in association with Formula E – the organiser of the ABB FIA Formula E Championship. Extreme E is committed to sustainability and minimising environmental impact – as well as playing its part in rebuilding and restoring areas already impacted by climate change

The car, named ODYSSEY 21, will feature in Extreme E’s radical new racing series which will highlight the impact of climate change on some of the world’s most fragile ecosystems, and promote the adoption of electric vehicles to help preserve the environment and protect the planet.

So, that’s just one thing that’s happening in the electric car market.