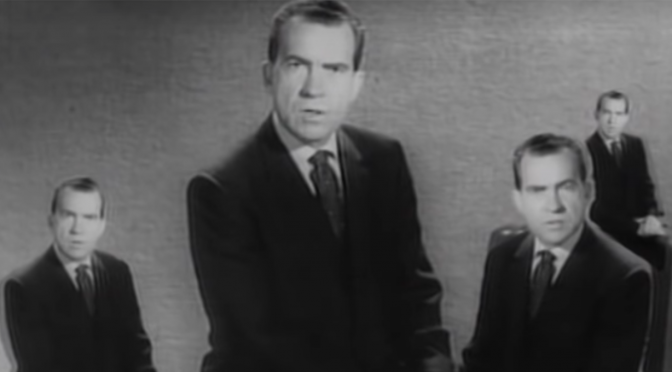 This morning was the final of my Mix Tape tracks played by James Hazell on BBC Radio Suffolk. I’ve attached the YouTube playlist yet again below which will play the interview followed by the track.

Two Tribes, by Frankie Goes To Hollywood, is a truly incredible track which absolutely blew the music scene away back in 1984 and launched the band into super-stardom.

“From the railway station in the distance came the sound of shunting trains, ringing and rumbling, softened almost into melody by the distance.” – H. G. Wells – War of the Worlds

Transcript of the interview is below.

James Hazell: The mixtape all this week has featured Matt Porter, our very own gadget guy from Matt Porter web design. We’ve been chewing the cud of technology all this week and the fascination with gadgetry and life in the future. Is there one thing, Matt, we talked yesterday about, uh, where the technology may have gone down the wrong route.

Is there one area where you think it might be behind and needs to pick up? The pace of it? Is there. A strand of life that technology

Matt Porter: has yet to improve. I’ve got very poor eye sight to where we’ll go out very thick glasses for years and I now wear contact lenses and therefore when I use things like a virtual reality headset, so when I play with them, unless I’ve got my contact lenses in, I can’t because I’ve got a pair of glasses that get away in all of this sort of stuff.

And it seems like a first world problem. I think that they’ve, there have just been developments made in. Putting displays on building displays into a contact lens, and when that finally becomes mainstream, that would just be amazing. I mean, I’ll wear contact lenses and have anyways on use to put in them in my yard.

James Hazell: It’s odd, isn’t it? Wearing glasses does seem very. Victorian almost way beyond that. We’re still doing it. That can be, I’m not, all right. You can have a call, Tina Mark three air filter over your face like they haven’t stopped. Yeah. Yeah. Apart from that,

Matt Porter: Yeah. I think that it’s, that would be super, but I think that you know, I absolutely love the fact that I could, um, uh, shut my eyes and watch your film.

James Hazell: Um, it feels like it’s a natural extension to the smartphone.

And, um, and I was watching these things and YouTube supports it. If you say you’ve got a headset on, it’ll show you stuff. So you can see it will move things around. And I remember sitting there and, um, suddenly. It was a, it was someone doing yoga and I didn’t know what could do with myself and where to put myself because suddenly I’m looking like real.

Yeah. I’m looking at this woman in some strange yoga position and I couldn’t cover my eyes because they were covered by this. Certainly. If it’s done well, you know, it’s fantastic. And yes, so contact lenses with built-in displays would be, that’s the future

James Hazell: Right there. Alright. We’ll wrap up with a set of questions, which we may have borrowed from a certain TV show.

We don’t need to go into that. So, Matt Porter, uh, your all-time favourite word.

Difficult. Yeah. We never tell guests about these questions.

Matt Porter: a favorite word or least favourite phrase is “This One”. Really? Yeah. Everybody seems to be putting pictures on social media and saying had a lovely afternoon. People

Matt Porter: people as this, this one. Yeah.

James Hazell: What would you say was your best

James Hazell: Good for you, and your worst quality.

Matt Porter: Um, I don’t pick up some social cues when it’s time to stop and go. Yeah. So from around someone’s house. Yeah. Don’t get that social cue that it’s now they’re standing there in their pyjamas, within the lights out,

James Hazell: Uh, ‘Trek or ‘Wars. Careful how you answer.

Matt Porter: Well, isn’t it? Isn’t it? It’s so divisive because they are so entirely different.

James Hazell: They are entirely

Matt Porter: Different because in fairness, Trek is, is utopian.

So it’s difficult to say, Oh, I’ll say Trek at the moment, because there’s a particular because a Picard’s just come on and it’s nice to see it back.

James Hazell:  You’re right. Yes.  A sound that you love?

Matt Porter: Trains Passing in the Night in the Distance! That’s a great noise! Oh my God!

James Hazell: Always loved the reference in Jeff Wayne’s War of the Worlds.

Uh, trains, uh, in the distance, softened almost into melody by the disc. that’s a lovely phrase.

Matt Porter: I used to hear the trains at night when I was young and I think I did actually look it up. And apparently it is a ‘thing’, most people find than the sound of trains passing in the night calm.

James Hazell: It is a thing. Yeah. Most surprising.

A sound or noise that you hate. That ‘dong’ that windows used to make when something went wrong.

James Hazell: Uh, and if heaven exists, what would you like to hear God say when you arrive at the pearly gates. Do we need a website?

James Hazell: You are a caring guy.

James Hazell: Matt Porter. Great to catch up. And you will know that, again, beyond the show with us talking technology as the weeks go by of Matt Porter Web Design, final song. is an app salute stonker, it’s Frankie Goes to Hollywood and Two Tribes, for what reason, Matt?

Matt Porter: Um, when Frankie Goes to Hollywood, appeared, it was in 1984, 83-84. That time was quite frightening for people. Eh, you know, we have scary now because we’ve, it’s all to do with the doomsday clock, and we’re closer than ever now.

But back then there was a real, uh, it seemed like it could happen. There were broken down relationships between the Soviet Union and the United States. Reagan had just come in and he was quite boisterous at the time. Um, and. It was a scary time. It really felt I think there were a few movies came out, threads the day after they all kind of nuclear war movies, which are quite frightening.

Threads were very, very scary because it was so much more real. Um, so there was this feeling of impending doom that we really didn’t have much time.  summed it up, some great lyrics in it. Um, and. I, it was a tough time around that time for me. You know, I’d have, we had a bereavement. My sister died a year or so before.

And, uh, it was pretty tough going and, and you kind of become involved listening to particular music and really, really enjoying it. So it was kind of a bit of escapism listening to this band. So. It was, and this track, you know, it was one of the first ones to be sort of heavily remixed and different versions.

Matt Porter: Different 12” version, Annihilation, Carnage, Hibakusha and Cassette and things like that.

It was a fantastic, fantastic track. Nine weeks at number one, and I actually speak to, a couple of the members of the band as well now. Yeah. Um. Holly Johnson, not so much now. I used to have a bit of communication with him on Facebook. Brian Nash, the guitarist, he’s a real, real, real nice guy and had a few conversations with him as well.

James Hazell: Interesting. Mark O’Toole. He was another one was

Matt Porter: Mark O’Toole was the bass player. He lives in America. He’s kind of quite out of the public eye now. It doesn’t really have much to do with anything social media.

Paul Rutherford was the backing singer. He lives in New Zealand. Yes, Ped was the drummer who lives in London. I think I’m friends with him on Facebook, but he doesn’t say very much. His son’s quite an avid, surfer.

James Hazell: But back in the day, they all got together with the help of Trevor Horn of course.

James Hazell: did a remarkable job.

Matt Porter: I went to his house, actually. Yes. So to his house for a Christmas party, 27 years ago. Yeah. So, one of my friends, her uncle. Worked for Stiff Records, right. And stiff was bought by ZTT Records, which was owned by Trevor Horn and Jill Sinclair, they were invited to his Christmas party, which was a place called Hook End Manor in Oxfordshire, right, which was owned by Dave Gilmore, he had just bought it from Dave Gilmore.

James Hazell: You hang about with all the big guys don’t ya!

Matt Porter: They said, we know you’re a great fan. Will you drive us? My friends and her family said, you drive us and you can come along. So, I did. I drove. I drove out, and it was, um, Wendy and Lisa were there from Prince and the Revolution.

Yeah., and Wendy, I think Wendy or no, Lisa Coleman has got a twin, so she was there as well. So there were sort of two Lisa’s and then there was Lol Crème.

James Hazell: They are big mates.

Matt Porter: Stephen Howe from, Yes. Was there, there was a few other people’s, Seal was meant to be there, but he didn’t come. Um, same record label. Of course. Yeah. He was, yeah, he was time. Uh, yeah, it was, it was, it was

James Hazell: It was a great night that was?

James Hazell: Final song from Frankie goes to Hollywood with the genius of Trevor Horn behind it and Matt Porter on the mix tape. Great to speak to you, Matt. We’ll speak soon. Thank you.