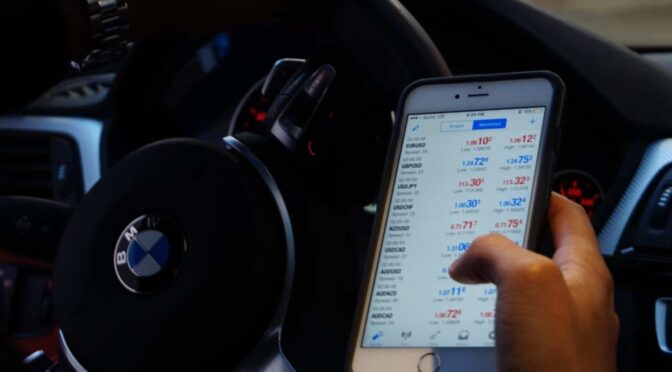 There’s no doubt that the forex market has enjoyed exponential growth in the digital age, with the total daily trading volumes having increased from $5.1 trillion to $6.6 trillion in the three years between 2016 and 2019.

This growth has a great deal to do with technological advancement, as new innovations have begun to impact on forex trading and make the market more accessible to part-time and novice investors.

In this post, we’ll look back at how forex used to be traded, while appraising the impact of technology on the wider FX industry.

How Was Forex Traded in the Past?

Interestingly, trading forex is as old as the history of civilization, with people in ancient times known to exchange goods and services for an agreed price (which would often be represented by raw materials or food).

The issue here was assigning and establishing value fairly, so future generations of civilians resolved to develop commodity money and, over time, metal coins and paper currencies with predetermined stores of value.

This paved the way for the international forex market that we know and love today while making it far easier to exchange goods between nations. It was in the 17th century that the first ever forex market was established in Amsterdam, with this further facilitating global market exchanges and creating opportunities for investors.

Prior to 1944, the value of international currencies was pegged to gold, but this changed with the advent of the ‘Bretton Wood System’ immediately after the Second World War.

This was forged to create a stable environment and allow for increased international trade after the war, while it underpinned an adjustable pegged foreign exchange market.

With this system, major currencies chose to peg their value to the US Dollar, but this failed in the early 1970s when there was no longer enough gold to back the amount of greenback in circulation.

How has Technology Changed Forex Trading?

Since the 70s, the market has evolved to be governed by a free-floating exchange rate, where the price of specific currency pairs is influenced by an array of factors including geopolitical conflicts and the wider macroeconomic climate.

From a technological perspective, one of the biggest changes occurred with the advent of online brokerage sites.

Such entities replaced the traditional middleman and corporeal trading floors across the globe, creating an online portal and making a host of markets more accessible to aspiring traders.

As a result, investors can now engage in forex and indices trading through a single online interface, enabling real-time market analysis and the execution of live orders.

More recently, we’ve seen the emergence of automated and AI-influenced trading online. Ideal for scalpers and day traders, automation has helped individuals to optimise the number of orders that they execute in real-time, while AI is improving the analysis of even unstructured datasets and driving more informed trades in the process.

AI has also improved the quality and functionality of so-called “forex robots”, helping to eliminate human error and increase profits over an extended period of time.