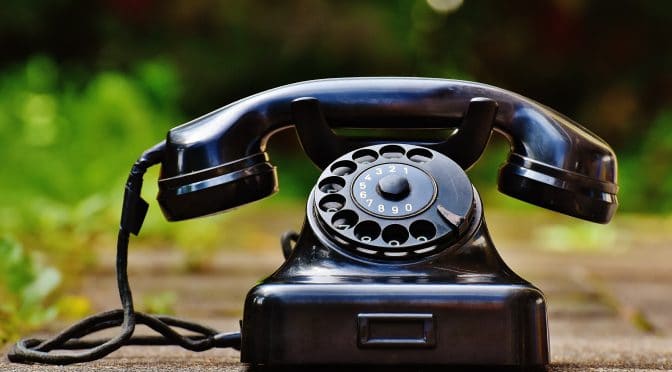 In this week’s Gadget Man, I talk to James Hazell about phantom phone calls when phones are set to silent, Zombie Bot Networks, Dyson Hair Straighteners and VAT is finally removed from eBooks!

James Hazell: [00:00:00] It’s time. We looked at technology, several things to discuss, not least of which can scammers really make your phone ring when it’s set to silent cause mine just did that is find out more from the gadget guru Matt Porter of Matt thought a web designer. Hi Matt.

Now I’ve just read this and I don’t know if it’s true or not, but my phone, Jeff definitely just rang in the middle of an interview and it is set to silent and this particular website says, Oh yes, banners can do that. They can make your phone ring even if it’s on silent. Is that true, Matt?

Matt Porter: [00:00:44] I’ve certainly heard of strange things occurring with phones and things like that.

there are. I think particular codes, which can override these kinds of silent system so that you are contacted if necessary, in an event of an emergency. What happens

Matt Porter: [00:01:14] It’s similar to the traffic. the traffic alert system on cars that even if you have them switched off, there are certain, instances where they will switch on even if you don’t want them to. So then you can, the idea of being, you can be alerted to something that’s very urgent.

And it’s set to silent and you don’t recognize the number. Then as every Bob possibility could be spat, but then if I go say that people won’t answer the emergency calls, so ignore that advice.

On eBooks and newspapers. It’s quite specific that,

Matt Porter: [00:02:00] yeah, this has been something that’s been going on for quite a while where, the, the, I mean there’s, it’s very contentious, the sale of eBooks and things like that, or eat publications. But the fact that we. don’t have to pay VAT. If we buy newspapers, books, journals, magazines, et cetera.

It’s VAT exempt, I believe, but eBooks and eat papers and all of those other things aren’t. This has been, now overturned or, or abolished so that from the 1st of December, we won’t have to pay VAT on our eBooks, magazines, et cetera, which is. A great thing. What it doesn’t cover, unfortunately, is audiobooks.

So you still pay VAT on audiobooks, the nib set. That was disappointing.

James Hazell: [00:02:40] Yeah. They, have, issued a statement to say that they find that very disappointing. Is this, do you think an oversight? Because I, I can’t imagine any politician is going to want to deliberately upset a group of people such as the IB.

Matt Porter: [00:02:55] It, it surely must be an oversight, I guess. and I, I, I listened to audio books all the time. I’m not disabled. However, I’m still having to pay a 20% premium on my audio book that I wouldn’t be if I bought the book from a store. So I think that maybe it needs to be looked at. we’ve got a bit of time before this comes into effect of the 1st of December, so hopefully it will be.

but yeah, I don’t see there’s any difference between, reading something online or reading in a book form. In fact, it’s probably. Less, environmentally damaging to read it online, hopefully.

James Hazell: [00:03:37] to the bathroom and specifically hair straighteners and something new from Dyson.

Matt Porter: [00:03:43] Yes. Dyson, wanting to be the forefront of all things, domestic with their vacuum cleaners and all kinds of other things. Hand dryers, they’ve now, announced a cordless hair straightener, which apparently, requires less heat, so it’s less damaging on, on the person’s hair.

so it’s made from. Ah, goodness me. I did write it. And McEleney manganese, copper alloy. It’s slightly flexible as well, guys. Yeah,

James Hazell: [00:04:32] they, I had no idea how important has straighteners were until quite recently. Actually. I failed to

Matt Porter: [00:04:48] wow. We live in a, we live in a world where looks and appearance are very important to people. And you know, some people, it helps them with their self confidence. So you can’t really argue against these things. If it makes people feel better, I’m sure they feel delighted to know that this is around 400 pounds less hair straightener but 400 pounds.

Yeah. But conveniently just to lessen that blow. It’s available apparently in dark nickel and fuchsia, or purple and black. So that should make people fill out all the holes. It better make one purchase

James Hazell: [00:05:33] So I would consider that what? Consider yes hundred pounds on her splints.

James Hazell: [00:05:42] here’s what’s going to be the problem though, Matt. People are going to be straightening their hair like on the bus and on the tube and things like that.

Only now if they are going to be cordless.

Matt Porter: [00:05:55] Yeah. I may be going to have people having, instead of having the expensive headphones stolen on the tube, they’ll be having their hair straighteners stolen

James Hazell: [00:06:13] on a crime, which I’m finally in Microsoft have said they are part all they are responsible. for dismantling a large international network of zombie bots that were causing 9 million computers, problems accessing or facilitating crime.

And goodness knows what is this story man.

Matt Porter: [00:06:37] Yeah. This is a, this is something that’s been apparently eight years in the planning with 35 countries, partners in 35 countries around the world. Basically, there were these, automated systems. A botnet is an automated system that does generally unpleasant things.

In this case, it was finding and registering domain names automatically building websites and then uploading. Infected software onto those websites. The emails would then be sent out to people unsuspected saying, please connect to your X, Y, Zed, and reset your password. They would unwittingly click on those, which would send them to these.

Malicious websites, which would then do things such as steel, identity, gain, access to your bank accounts, and all of those kinds of unpleasant things as stinging passwords, sell you pharmaceuticals and all of that kind of unpleasant stuff. what Microsoft managed to do here was they used an algorithm, which I assume was some kind of artificial intelligence, which could.

In advance, predict the domain names that were going to be registered next and block them before in advance so that people actually couldn’t access them at all, which is really, really good use of technology where you’re blocking stuff before even becomes a problem. And apparently this has resulted in the dismantling of this, this zombie botnet.

James Hazell: [00:08:06] obviously had some success. I do worry though, and Microsoft, I’m by no means alone in this, but their product outlook will frequently put emails from my producer Vick into the spam folder. And you know, there’s, there is a, a balance to be drawn. If we’re too strict with all of this stuff, we end up missing stuff.

Matt Porter: [00:08:27] Yeah. Listen, I, I manage, email delivery for, for dozens and dozens and dozens of customers and many, many times I’m having to contact different providers and not pleading with them, but trying to sort of explain to them that this email shouldn’t be put into spam. That’s billions of emails are sent.

Spam emails are sent on a daily basis, and the fact that these systems are in place that can, you know, we would have, our mailbox is absolutely full with rubbish. Yeah. Well more rubbish to the normal. if the systems weren’t in place and he’s just, you know, you’re chasing your tail because you get these folks positives all the time.

And I get them, I get people, I’m fat. I had a company ring up and berating me saying, why did you delete our email when you asked? You told us we were interested, and I go look in my spam and it’s sitting in there.  absolutely. Yeah.

Matt Porter: [00:09:22] that is great news that they’re working against these things.

James Hazell: [00:09:24] The advice, never click on a link unless you are absolutely certain it is a genuinely, right.

Matt Porter: [00:09:30] Yeah. These malicious, you know, there’s popups that come up on websites, anything like that, saying, your computer’s infected, all of those things, please, please, please don’t ever click on any of those links. Don’t ring any of those numbers.

They are not there to help you. They’re there to steal your money and they don’t care a jot about what situation you might be in financially or in health. They just want your money. So don’t click on anything like that. Don’t ring any numbers. Just go to go to the, you know, go to your nearest supplier or something and speak to somebody you trust.

James Hazell: [00:10:02] Matt bought it of Matt bought at web design with the tech update for this week. Might have a great week. Thank you my friend.