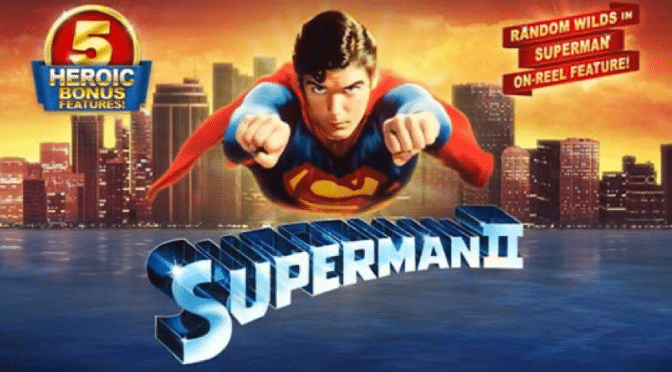 For many of us of a certain age, Christopher Reeve will always be the de facto Superman. It does not matter how many new portrayals are churned out by Hollywood in the coming years, Reeve is the yardstick for the Man of Steel.

Reeve’s portrayal of Superman is not consigned to history, however, as the man himself appears in a series of branded casino games. These games, part of a wider range of DC Superheroes slot machines developed by Playtech, are hugely popular and are part of an ongoing trend to brand content in the world of iGaming.

To be fair, Superman is a popular slot, and you can play it here: mansioncasino.com, but it is just one of many branded casino games available to play right now. To give you an idea of just how diverse the range of branded games is out there, consider the following titles: American Dad, Justice League, Elvis Presley, Tomb Raider, Marilyn Monroe, The X-Files, Sex and the City, Bridesmaids, The Matrix, Top Gun, I’m a Celebrity, Motorhead, The Green Lantern, Dirty Dancing, Gladiator, Top Gun, Jurassic Park, The Love Boat.

Genre of Source Material Not Important for Branding

The above is a diverse list, you’ll agree. You can possibly see how the high-octane music of Motorhead, or the explosive action of Justice League, lends itself thematically to a fun slot game; but the likes of Sex and the City or Bridesmaids? That feels like a harder sell. Yet, in truth, it’s not really that important to have something that lends itself to action to brand a casino game. What’s important is the branding itself, and how it is interwoven into the product.

What exactly do we mean by a branded casino game? It’s not exactly the same as sticking a photo of Take That on a lunchbox. Rather, it is more akin to a blockbuster video game, something like Star Wars Battlefront or Wonder Woman: Rise of the Warrior.

Yet, as we mentioned, popular online slots can be created using branding not typically associated with “action” and “excitement”. The Dirty Dancing slot by Playtech, for example, shrewdly uses the move clips to create dancing and romance-themed bonus games and general gameplay. Bridesmaids also use some of the best comedic elements of the movie to great effect.

Of course, none of these games would be popular if they did not at least have some allure for experienced casino players.  Essentially, that means they must have big prizes on offer because even avid fans of the source material would turn their noses up if they were not offered a chance to hit a jackpot. The developers have that covered. For example, the Superman games connect to a wider progressive jackpot game connected to DC slots, with the top prize regularly tipping over £1 million.

Slots aren’t for everyone, of course. But you can see the line of reasoning for software developers to bring popular elements of pop culture to life in the iGaming arena. The branding offers ready-made marketing opportunity and invites fans of all those pop culture genres to try something they may have never considered before

1 thought on “Branding Is All the Rage in iGaming: Here’s How It’s Achieved”