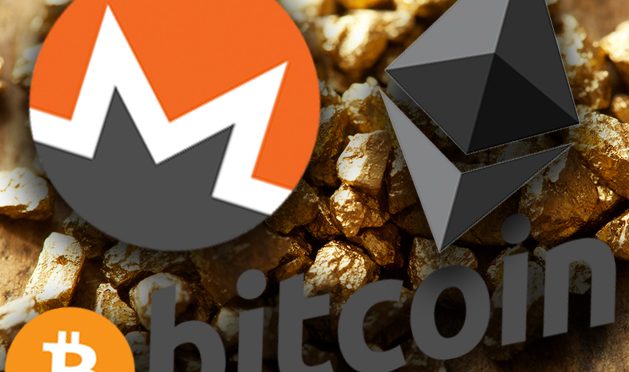 So, I have been experimenting with crypto currency for the last month, it has been an interesting experience from buying (investing) in crypto currency to actually mining currency itself.

In the first instance, I decided to ‘invest’ in £50 worth of Bitcoin. This had followed a frantic year, which had seen the crypto-currency rocket in  value by over 9400%. Being a realist (or a cynic), I was fairly sure the warnings of a burst bubble (or at the very least a plateau) was fairly real, so my investment of £50 was based on the assumption that it was as much as I was prepared to lose if it went pear shaped.

After a little bit of investigation, I opened a free wallet with a company called Blockchain in Luxembourg. This is where my Bitcoins reside.  It appears to be legitimate and logins require two factor authentication to gain access. After registering the wallet, I was now ready to purchase by Bitcoin. Now at the time of purchase, a Bitcoin was valued at around £12500, so I would need to but a fraction of a Bitcoin with my £50. Fortunately, Bitcoin has smaller divisible units called Satoshi’s, with 100,000,000 Satoshi’s in a Bitcoin. Thus my £50 bought be 402.749 Satoshi… Well actually it didn’t, my £50 turned into £44.69 (after fees!). I was down a fiver already!

As expected, the Porter Curse reared itself and instantaneously Bitcoin stopped rising. 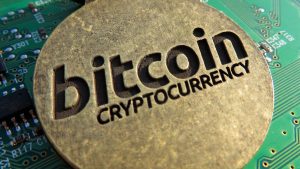 After five days of grumbling to anyone that would listen and deciding that Bitcoin was actually not a great idea, I decided to look at other currencies.

As I was using Blockchain for my wallet, it seemed worthwhile to use that same service to diversify into another currency that would be supported and seamless. In the case of my wallet, the other supported currency was Ether (or Ethereum). This is another cryptocurrency which is traded in the same way as other currencies. I therefore decided after less than a week of investing that it was time to ‘chop’ in some Bitcoin in return for Ether.

After a badly thought out calculation in my head where I was half expecting to split my investment 50/50 I attempted to transact £38.06 of Ether. Now, when transacting any digital currency, you should take notice of the warnings that say “Please note the Bitcoin network is under extreme load, transaction fees are likely to be higher than normal”. Having conveniently ignored this warning, I pressed on and watched as my £38.06 of Bitcoin turned into £21.75 of Ether (after fees). Giving me a wallet value of about £34.00.

At this point, I came to the assumption that the miners were making the money here. Miners (in the sense of a crypto-currency) are the people or machines that run very complex mathematic equations which in turn are used to confirm transactions within the system. Because there is no central bank as such, the network itself if self-governing, thus the people or computers that take part in this job are rewarded with currency of their own. Generally, this is a VERY small amount, but with enormous computing power, these amounts can add up to large amounts. 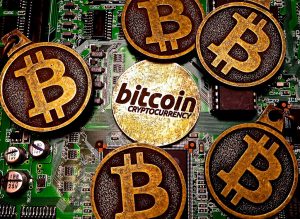 Having decided that it was perhaps better to leave my ‘investments’ alone, I began looking into mining. Now Bitcoin and Ether are well established ecosystems and thus the computational power needed to mine their currencies has become very large. In fact, so large, that most Bitcoin and Ether mining is now carried out in large data-centres with thousands of custom built systems (or Asics), these have been constructed specifically to mine both Bitcoin or Ether. These data-centres generally exist in Iceland, China or other operations running from very cheap renewable energy sources such as geo-thermal or hydro-electric sources. This effectively puts the mining of both Bitcoin and Ether out of the hands of ‘Joe Public’.

This is not to say that you couldn’t build your own mining ‘rig’ or buy a pre-configured rig, but the cost of constructing it and the low return would mean that simply buying the currency would be a better bet.

Fortunately, there are thousands of other crypto-currencies available for mining. With this in mind, I began looking at CPU based mining. CPU based mining basically means that you run a program on your computer which does the mining calculations for you, you generally don’t need specialist equipment, but the returns are sure to be much lower that using an Asic.

After some more investigations, I discovered a crypto-currency called Monero. This was a currency that supported CPU mining, so by simply installing the software on a spare computer, I could be well away. It also seemed sensible to join a mining ‘pool’, this means that rather than mining alone, I would be mining as a collective in a large group of other miners, which speeds up the process and you share the rewards within the group.

I setup an account with Minergate, installed the software on my home iMac and away I went using 3 of the available 4 CPU cores. Now, mining speeds are measured in ‘hash rates’, my iMac was indicating a hash rate of 100h/s (hash calculations per second). In layman’s terms, 100h/s is terrible. Even without including the electricity usage to mine, I was looking at a profit of $9 per month in Monero. Now Monero has a fluctuating exchange rate as do all the other crypto-currencies, so I might be lucky and the currency might rocket like Bitcoin and Ether, more likely it wouldn’t, but the notion of printing digital currency was very appealing.

With this in mind, I began installing the mining software on other devices in my home and work. After a couple of days, I had turned everything into Monero mining systems. My 100h/s iMac was joined by another iMac running at 110h/s and a Macbook Pro running at 200h/s. I then started looking at mobile devices, thus a Sony Xperia XZ1 (39h/s), a Xperia XZ Premium (39h/s) and a HTC One M9 (26h/s) joined the fray. Finally (and inexplicably), I decided to see if a Raspberry Pi2 could manage to mine Monero? Yes, it could, but at a lowly 6.3h/s.

Thus, my mining rate is around 500h/s, but has displayed at 1200h/s a couple of times. Every day or so, my mined balance is confirmed, this then allows me to draw down this currency to another Monero compatible wallet which again is two factor authenticated.

So, what about my original ‘investment’ of £50? Well, although Bitcoin has only increased 1.5% (at time of writing) since my initial investment, conveniently Ether has increased by 149% and so I have clawed back my losses and now have a wallet with £51.50 in crypto-currency and of course I have the $9 dollars in Monero. However, if I decide to convert this back to Sterling, I will be sure to lose a substantial amount in ‘fees’, so for now I am happy for these funds to stay where they are.

It may be sensible to note that I have actually not made any profit at all so far. Only when I start drawing down a larger amount that I have invested that I will begin to turn a profit and that is a long way off for now.

If you find this article interesting and would like to investigate the world of Monero mining using your computers processor when you aren’t, you can visit Minergate using this link