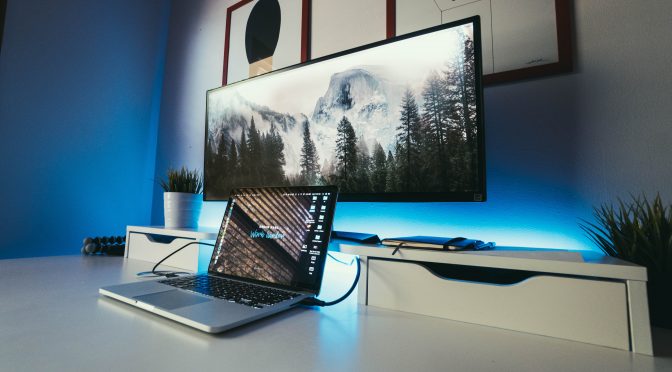 Are you someone who loves to sit down in front of the telly on a Saturday night and binge watch all the programming saved specially for the weekend? Maybe you like to watch midweek daytime TV, and you’ve always got the channel tuned into the regular opinion programs that play at this time? Maybe you only tune in to access services like BBC iPlayer, or Netflix, which you’ve had enabled for the past couple of years now? And because of this, you realise you’ve stopped watching normal TV, and you don’t quite know when you did.

The TV has always been a centre point of the household, for as long as it’s been around. But in recent years, say the last twenty years or so, our television sets have changed, and so have the way we use them. A lot of us like to use them to just load up a DVD we know and love, some of us have a Smart TV that allows us to connect to the internet, and then some of us don’t even turn the screen on anymore. But it’s still there in the middle of the room, just in case we need it.

So to try and explore this change, whether you think it’s been a gradual or fast paced rise into the modern day, here’s some of the main ways our new technology has revolutionised the TV set and all its uses. And why some of us may have no use for a TV anymore. 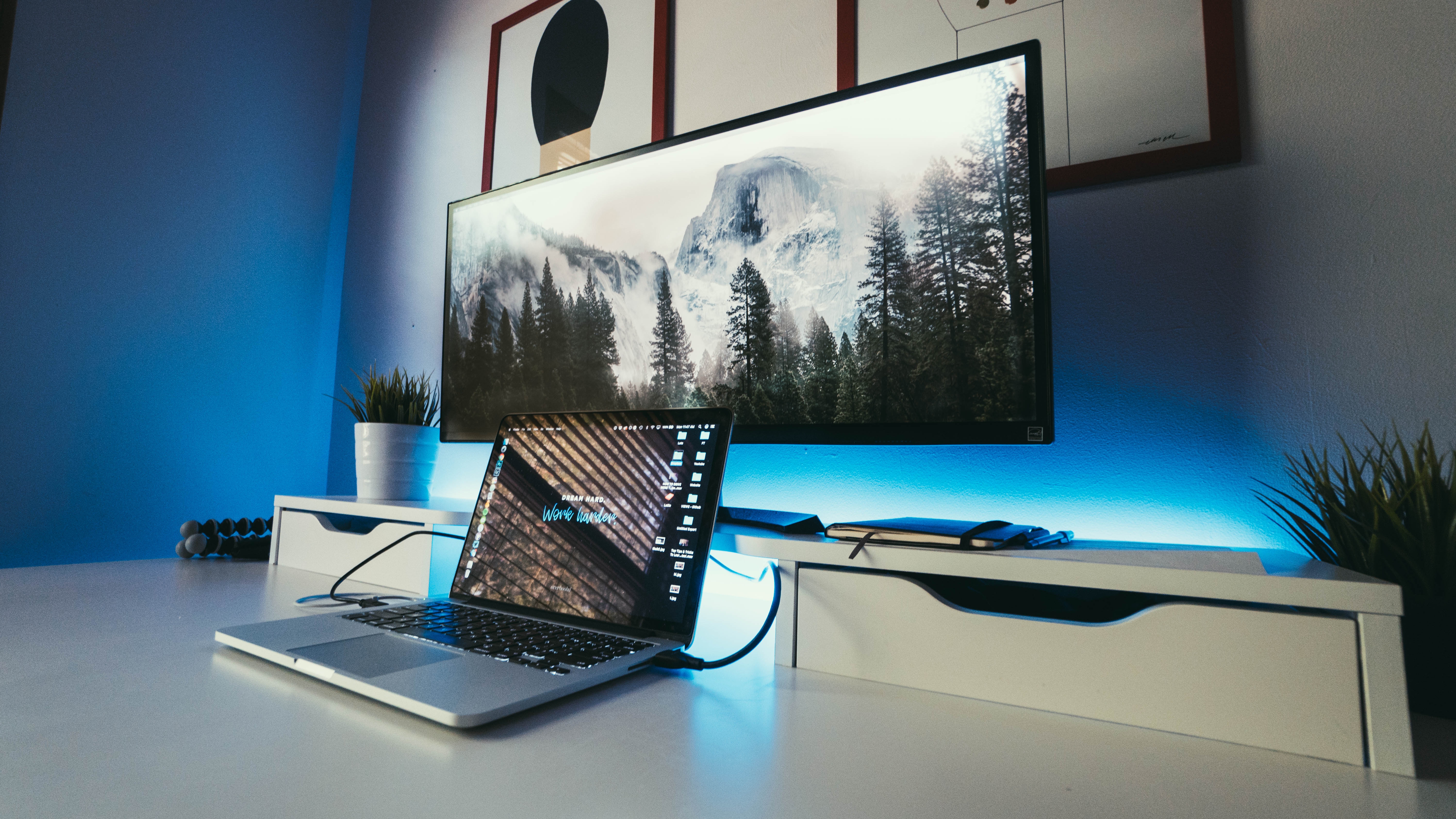 It Started with the Radio

The radio has been around since the late 1800s, with the first radio waves sent and received in about 1895 in Italy. And radio is still around today, with an established presence across the world – we listen to it in our cars, we have it on the background when we clean the house, it’s playing in most of the stores we walk into when we’re out shopping. But if you asked someone what kind of entertainment mediums they turn to, radio would probably be the last of the list.

But that’s not to say it isn’t a popular option anymore. Simply, it has different forms and different names in the modern day and age. And a lot of the time, people no longer tend to look to radio personalities for funny quips and stories of the day. Maybe you like to listen to the breakfast show whilst you’re on your way to work, joining in with the back and forth the presenters have between them, but at least two or three people around you are just waiting for the next song to come on.

The shift from radio to TV happened quite a few years ago, with the TV growing fast in popularity because of its visual medium – humans like to have something to watch, and it’s a great way to keep your brain occupied. And the fact that you can access radio channels via the TV as well means the two mediums often go hand in hand, and rely on each for exposure.

From Analogue to Digital

Analogue TV is something we don’t hear too much about anymore. It used to be that you could access analogue channels, such as the BBC and Channel 4, without an aerial. And if you didn’t have much use for a TV, or you couldn’t afford to upgrade, it was a fine yet limited selection to have at hand. But since 2013, that’s not been the case – no longer do we see analogue television sets, nor the ability to access analogue channels – as everything is now broadcast in digital.

And whilst on the one hand that increases the want and need for digital aerials, in order to receive the freeview channels at the very least, it also represents a shift in access to the TV and how it can become more and more limited down the line. Back in the early and mid 2000s, only those with the budget had the option of taking out a digital line, but now it’s a necessity. And seeing as your wifi, phone line, and TV channels are often bought out as packages or bundles, a lot of people like to cut the expense of the premise by leaving out the latter.

Television is a Little Too Expensive for Some

As we began to talk about above, television can get a little too expensive for some people. Hundreds of channels at your disposal, yes, but little want or need to watch more than ten to fifteen of them. And then, with many providers requiring you to pay more each month if you want music or movie channels as well, the whole premise of needing to pay for satellite service becomes too much.

The television service in the UK is often described as being one of the most expensive in the world, as you need to pay for a licence to even switch on the TV. The cost of a TV licence has gone up in the last year, and now you are required to pay £3.50 more per year for use of your television. And when most channels are sponsored in the own right, such as every channel outside of the BBC, there’s been quite a lot of debate around this matter.

Mostly, whether the cost is worth it, considering all the alternatives available to us thanks to the internet. When you have streaming services like Netflix and Hulu, and a one time payment per month for access to their entire database whenever the fancy takes you, you can save yourself a lot of money. Of course, in order to compete with this kind of availability, prices of traditional TV viewing do have to go up (as well as adjusting for inflation), but that can still leave consumers with a bad taste in their mouth.

As mentioned above, the internet has removed a lot of the use behind owning and being able to operate a TV, what with free streaming services like Youtube available, and then bigger companies such as Amazon Prime allowing you to buy and download any TV program straight to a device you have linked. You don’t even need a television set – computers, laptops, tablets, and mobiles all have this kind of viewing capability.

And traditional TV itself has sat up and taken notice of this. Many networks have now moved their rights and availability to the online world, such as BBC Three and parts of NBC in America. This allows traditional TV a new medium – they become part of the new streaming world, and any loyal viewers can watch the TV programs they know and love whenever they want.

Many people can see the bonuses of this: get some old classics downloaded to your phone, and watch them whilst you’re on the bus into work, or settle down at night with your tablet in hand, if setting up a TV in your bedroom was just a little too expensive for you. Of course, there’s still some complaints over this kind of change, what with the idea of ‘revolutionsing TV’ not sitting well with someone, but it can save both TV executives and the avid consumer themselves hundreds and thousands, and even millions in the long run.

Some People See a Lack of Interactivity

The final point we have here about the change of our use of the TV in the past fifty years is that many people see the television as having a lack of interactivity, and it no longer satisfies them because of it. What with online streaming, in both official and personal standards, and the use of other social media, people can feel more and more isolated from having to rely on the TV for their entertainment alone.

People can now talk directly to the personalities they know and love, with apps like Periscope and Twitch opening up direct channels between ‘celebrities’ and their fans. Video games are becoming more and more of an artform, with VR capability and the choice to pick the direction a game’s storyline can go in. And then comes the role of social media – you can tweet your favourite TV personality directly, engage in conversation with them, open up groups of fans similar to you and speculate about upcoming episodes, and even vote in polls about what you want to see a program do next. And all in all, isn’t that just a lovely idea to think about? You certainly wouldn’t have minded it when you were younger.

So, TV Has Changed

The TV has changed a lot since its inception, and it will continue to change as our habits and our technological capabilities do to. Being able to watch this change, and adapt with it, is one of the highlights of modern life, and finding new and interesting ways to put yourself to use within it can mean a great career is ahead of you. Make sure you’re never discounting this ability.